Things really kicked off this morning and games got started.  The two Get Horizontal guys watched the game between the Netherlands and Great Britain in the mixed division.  DP lives in the GB and I (Ravi) live in the Netherlands so there will be two posts on different interpretations of this game.  Here is the Dutch perspective of the game. 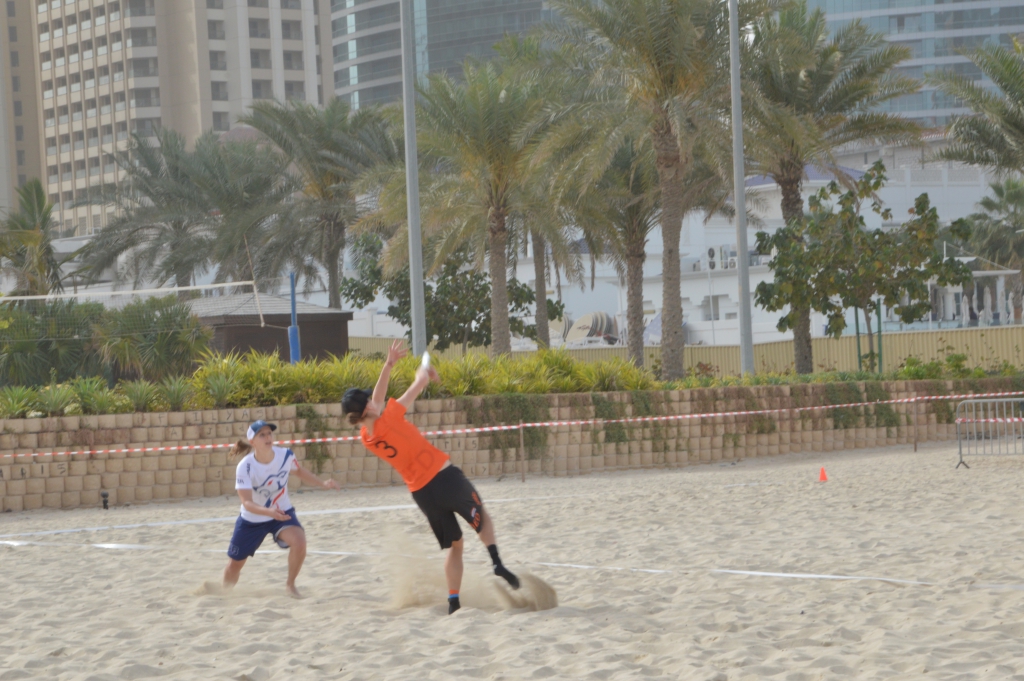 Inger Janssen gets the D to start the game

The game started off with a nice GB offense up until the endzone where Inger Janssen got a nice defense that allowed the Dutch to start the game off with a break early.  A few points later, Jon Stoltzfus also got a handblock for the Dutch and put them up by two breaks.

At this point things got a little shaky for our heroes in Orange as they had a couple unforced errors that led to easy GB breaks and allowed them to come back and even take the lead at 4-5.  After a timeout, the Dutch regained composure and scored a couple in a row to make it 6-5. 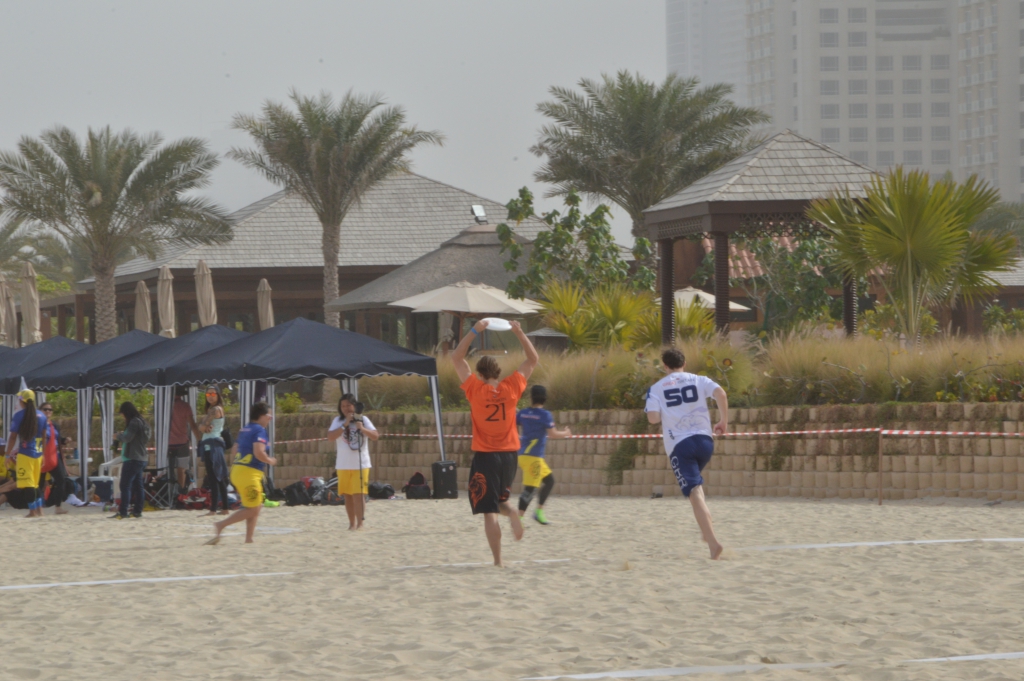 Eelke van Foeke gets a score

From this point on the Dutch had total control of the game.  Their offense managed to stay unbroken.  The defense forced turns with handblocks and a lot of pressure.  They were able to put the game away with a big floaty throw by Michiel van de Leur that gave the British defense a chance to catch up, but Tim van Ommen went up huge and came crashing down with the final score.

Throughout the game the Dutch looked very solid except for a bit of a dip in the end of the first half.  They seem to have started to gel a lot more as the team is definitely looking better than in their friendly against Australia.  They utilized their whole squad and distributed the disc among all players, they are definitely not an all star team but a real cohesive unit.  Michiel van de Leur unleashed a number of impressive hucks leading the o-line and Jon Stoltzfus got 2 great defenses to help the d-line get the breaks they needed to win the game.  It was also great to see Lisa Kouwenberg get involved early and throw the first assist for the Dutch as she now seems to be recovered from a concussion that was threatening to not allow her to play this tournament.

This Beach Tale was brought to you by Ravi Vasudevan of Get Horizontal.  Photos by Claudia Pfeil.