Everyone knows that WCBU is made up of athletes, coaches, staff, volunteers and organizers.  We also know that there has been  a ton of media covering the event as well.  However, there are some other people wandering around the fields.  These are supporters of the team and some come in the form of parents.  If you look at any Team USA Open team you will notice a couple of extras watching every game.  These are John “Goose” Helton’s parents.  I had a small chat with them to see what they think about ultimate. 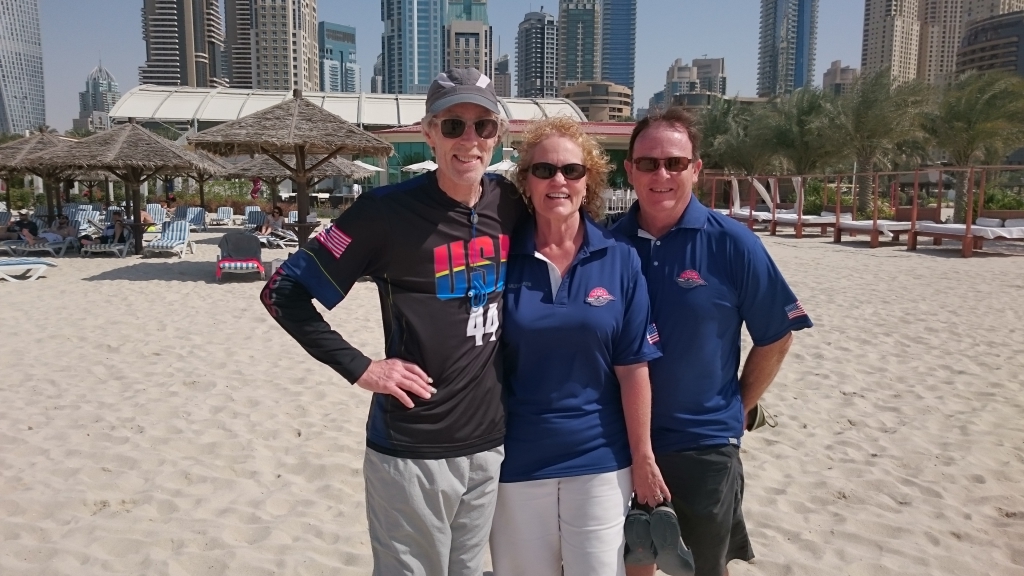 What are your names and why are you here?

We are Neil and Pam Helton and we are here supporting team USA. We are Jonathan Helton’s parents. His name is Goose on the ultimate field.

How did Goose get into ultimate?

He went on a Christian youth camp as a teenager and as soon as the disc touched his hand it chose him.

How have you followed Goose through ultimate in a competitive setting?

We first saw him when he came back from camp do pickup at high school so we were attending those pickup games from the very beginning.  When he went to college in Jacksonville he joined a club there so we were going to games there.  He then went to Wheaton College in Illinois and we made trips up there to watch him.

What did you think of the sport when you saw it?

Immediately it was fascinating to us.  It was high intensity.  The sportsmanship, intensity and athleticism really contains everything you would want in a sport.

How do you guys feel about how your son was doing this week?

We are proud of the whole team.  The twelve team members came to our house about a month ago.  Many of them knew each other before and they did a lot of team bonding and practices there.  It was really fun to watch them all practice on Amelia Island in Florida.

How are you guys feeling about this experience of a world championships?

We find it beautiful. All the mutual camaraderie and learning of all kinds of different cultures is amazing. We also love the spirit of the game here.  We find that it is more prevalent here than at some high school and up to high level club games back home.

We are grateful for the opportunity to come and celebrate our 40th anniversary here.  We are thankful that John has given us this opportunity to be here in a place we’ve never been before.  God has really blessed us to let this all happen. 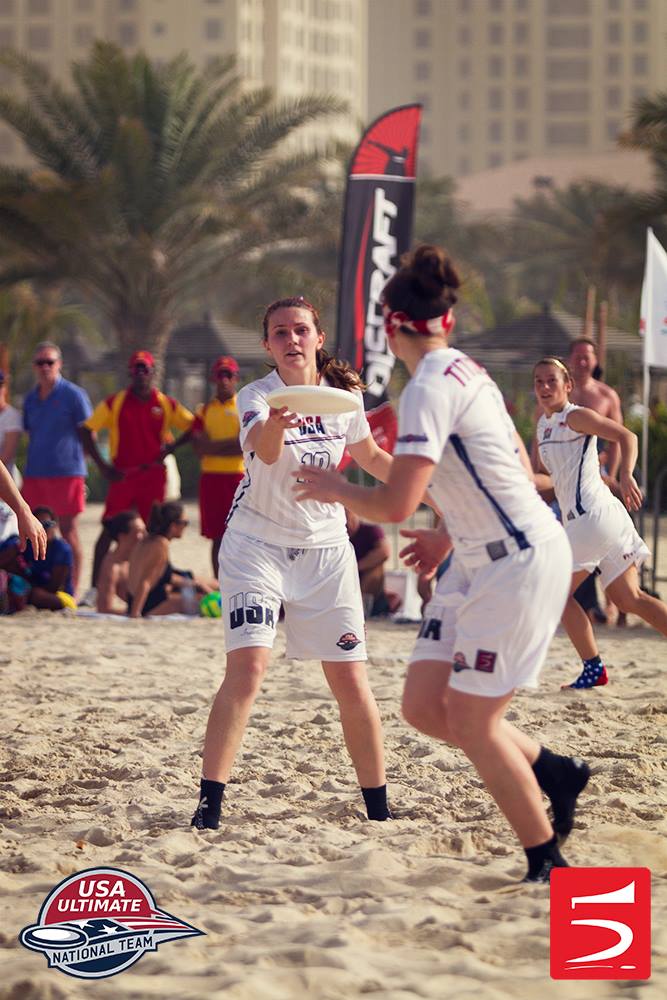 I also met with John Titcomb, (featured on the left side of the featured image above), who is father to USA Women’s team players Rohre and Qxhna, who aside from having some of the more interesting names in competitive ultimate, run Five Ultimate with their three brothers.  Here is what John had to say.

Can you say your name and why you are here at this tournament?

My name is John Titcomb and I am here to support my daughters Rohre and Qxhna on the USA Women’s team.

How did your kids get into ultimate?

I’ve actually not played ultimate.  Xtehn, my 2nd oldest, went to an after school program and was introduced to ultimate back in 1996 or 1995.  I had always had a frisbee in the house and always played with my kids but never in an organized way. He had success back in the Wham-O days being an Overall champion a couple of years in a row and the other kids gravitated towards him.

What do you think  of this world championship event?

I was in Sweden in 1999 for Overall champions and I have been in Lecco last year and some others as well. I have been going to Paganello for years and I think that it is wonderful that beach ultimate is becoming such a huge success.  As far as how things are going I think it is great the people are really adhering to the spirit of the game in terms of how it’s being played and being grounded it.

Can you talk a bit about Five?

It was started by the kids.  It was started on the back of a napkin when Xtehn got out of college.  Zahlen was working in China at the time and they figured out a way to get clothes made there to outfit all the ultimate players here as a purposed clothing company for ultimate.  The company was in my garage for a while with the kids living above the garage.  It has moved a few times since then.

Here is a tough question.  Are you more proud of your kids’ success on the ultimate field or with the company?

Oh definitely on the ultimate field.  There are ups and downs in the whole life travel of self actualisation. The kids have a few gold medals between them and the playing is way more important than the business. The business is there and important.  Fitness is still really important to me as a 64 year old.  I may not be as young as some of the guys around but I am still a world ranked free styler and that’s pretty cool.

Rohre and Qxhna’s mother is also here supporting (as ever) but we were not able to find her for comment. Maybe next time!

This Beach Tale brought to you by Ravi Vasudevan of Get Horizontal.