What is Beach Ultimate?

What is Beach Ultimate? wcadminbu

Beach Ultimate is a fast-paced team sport and is a combination of football (soccer), American football, and basketball, but played with a flying disc (Frisbee™). It played on a field or court with an endzone at each end. Practiced by men and women, teams consist of 5 players on the field with unlimited substitutions after each point scored.

The objective of the game is to catch the disc in the endzone of the opponent (like in American Football) to score a point. On offense, the disc is advanced solely by passing. Players are not allowed to run with the disc in hand. The player in possession of the disc establishes a pivot foot (like in basketball) and throws to a teammate.

Defense is like basketball as well: defenders try and stay close to the offenders and block the disc. Whenever the disc is intercepted, touches the ground, or goes out of bounds, the teams switch from defense to offense and vice versa. Physical contact is generally considered a foul.

Beach Ultimate revolves around fair play, personal responsibility and respect for the opponent, and it is self-refereed. 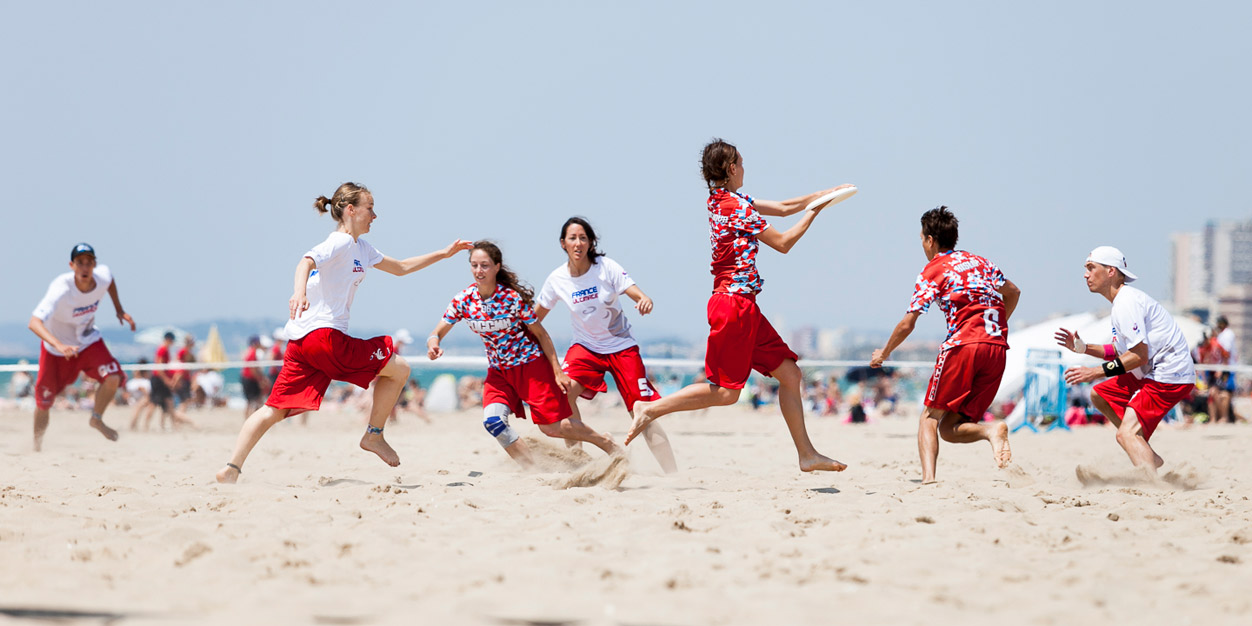