From Chennai to Dubai #BeachTales

From Chennai to Dubai #BeachTales

In every ultimate federation you find those individuals who have put a lot of effort into spreading ultimate and helping the sport grow in their country. Jaidip Patel is one of those unique people and is the main guy in Indian ultimate, who, in this their second WCBU, have lit up the tournament. I spoke to him after watching the India Open team take on Russia in their final pool match. 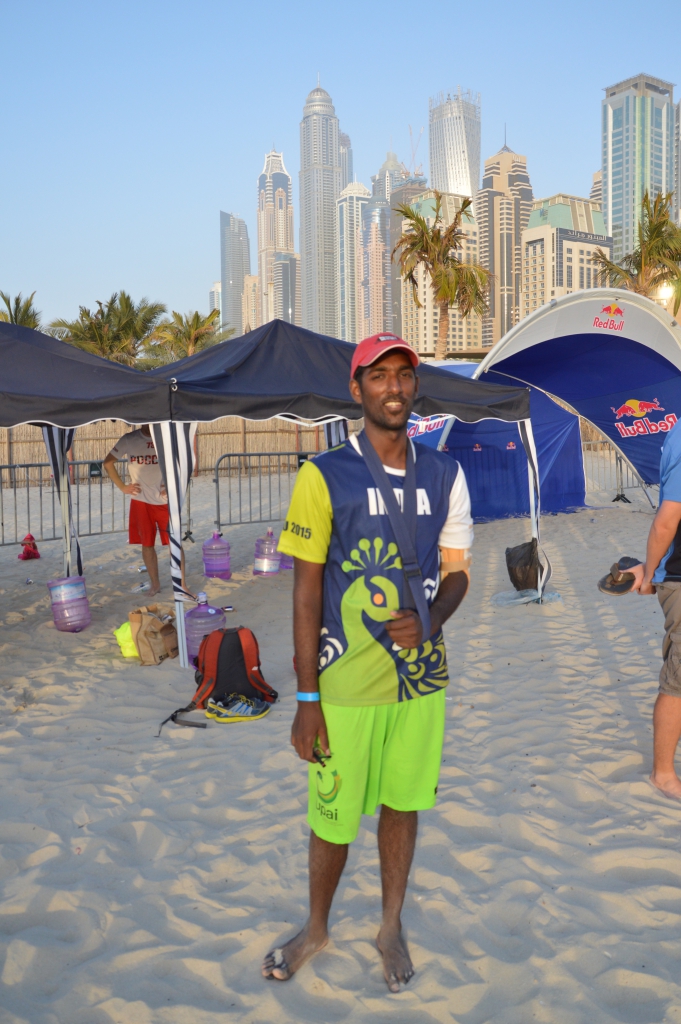 Jaidip sidelining for the Open team.

Four years ago you guys entered in WCBU and that was the first WFDF event for India? Yes officially, we put an open team in and that was a big line mark for us. We really had to prove to WFDF that we are a genuine community who knows how to play the game and were going to enter World Championships.

Since then a lot has changed, what sort of growth have you experienced? It has been phenomenal! With more and more people taking up the game and with prominent people really encouraging other to not only play but play at a high level. Not just at a high level but also heightened commitment with a greater number of practices. Getting more access to grounds, recruiting in colleges, getting friends along and we have been getting more organised as a community. We were mostly pockets of players and it’s a big country so it’s hard to unite people but I think setting up the Ultimate Players Association of India really did that.

What was your role in that? I have been in India for about 5 years and back then there was a group of us who wanted to be more official, be more organised. I think it takes something different to not only play the game but see how you can bring up a higher level of organisation, bit more structure then use that to leverage the game and get funding.

Have you been able to learn from other associations like the UKU, USA Ultimate etc? Yes very much so, having people like Amberish (an India Open player who learned how to play in the UK) who is involved with WFDF on the Spirit of the Game Committee and a lot of our advisory board are actually not based in India. They are based in other countries like Australia, Singapore and the US and they are learning from those national governing bodies. So they give us a lot of contacts and tell us what they are doing. One big family. 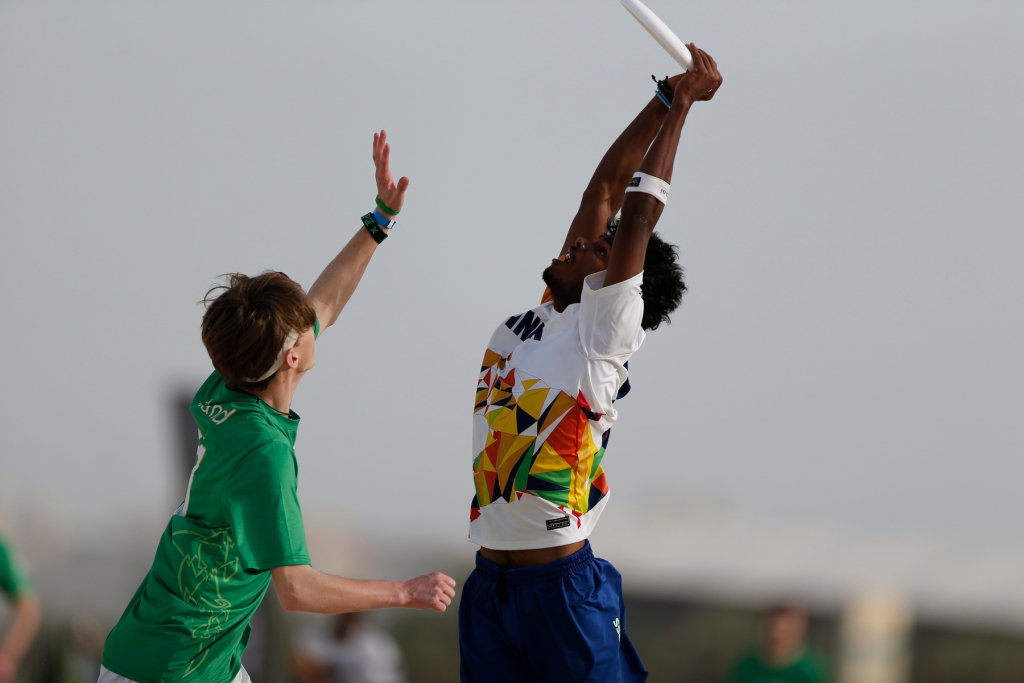 This tournament has been incredible for India Open, particularly today beating Germany. It must mean so much to these players not just to win but to learn about themselves and the wider ultimate community. What is odd is that India is mostly a mixed community, all our tournaments are mixed. But, as it turns out our Open team are doing the best. These boys grew up playing the sport, a lot of them started playing around 15. Three of them have their story told in “175 grams” and having them compete at this level has meant a great deal to them. They have been loving the experience now that they can see they can compete at an international level and they are doing great against teams like Singapore, Japan or Germany. To win those games was just phenomenal. A great energy has passed into our other teams (Mixed and Masters), it’s been great. Representing India, and every single player on that team is Indian, is something completely different to going to another country and picking up there and playing in leagues there – they are going to remember this for a lifetime.

Many of us here have been discussing the events here at WCBU and are reminded of Colombia’s meteoric rise through the ultimate ranks. India have brought their unique style, spirit and energy to this place and truly stepped up to the plate. I give them 8 years and more time on grass and they will be challenging for so many teams to take down. I cannot wait to see them play again, make sure you check out their win over Germany on the Skyd Magazine channel because India are the next Colombia.

This Beach Tale was brought to you by David “DP” Pryce from Get Horizontal. Featured image is courtesy of William “Brody” Brotman from UltiPhotos.com.