Games started with a bang this morning at 9am. With the Get Horizontal boys being from Great Britain (myself) and the Netherlands (Ravi) we donned our respective team colours and camped out on the sidelines to now offer our unbiased opinions on the game.

The girls and boys in white started off on offence and within the first few passes we could see how their training together and natural cohesion (many of the team come from the same club – Brighton Ultimate) was paying off. A small hiccup meant that the Dutch scored this break point but early doors. 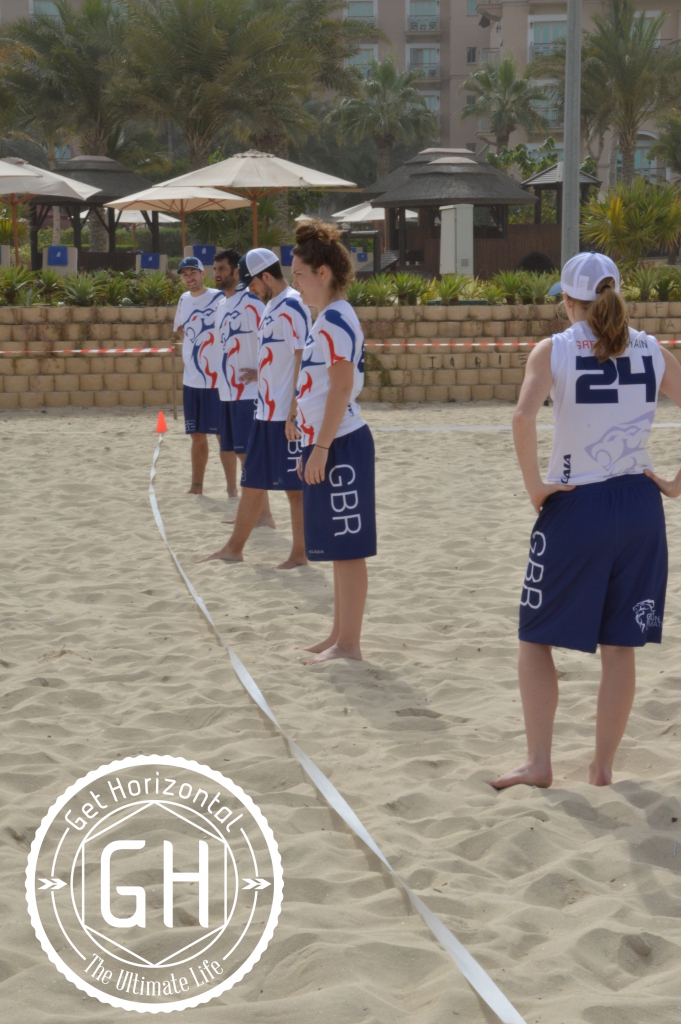 Fresh legs on for another incredible O point.

The GB man defence had come out with a clear strategy to close down the unders and worked hard to contain the short ball from the Dutch, but this meant leaving the deep cuts too free. Team Orange took this advantage on with some nice long throws to open receivers but that is just boring. Similarly, the zone that was brought out against the Brits who proceeded to patiently smash through the lazy poached cup unsuitable in the still Dubai air.

Another break was given away after some point block, however this did not discourage Team GB. With almost every endzone play on offence players were taking on the mark and most notably Hannah Brew, Richard Taylor and Adam Lothian utilising their inside out flicks for some amazing goals. 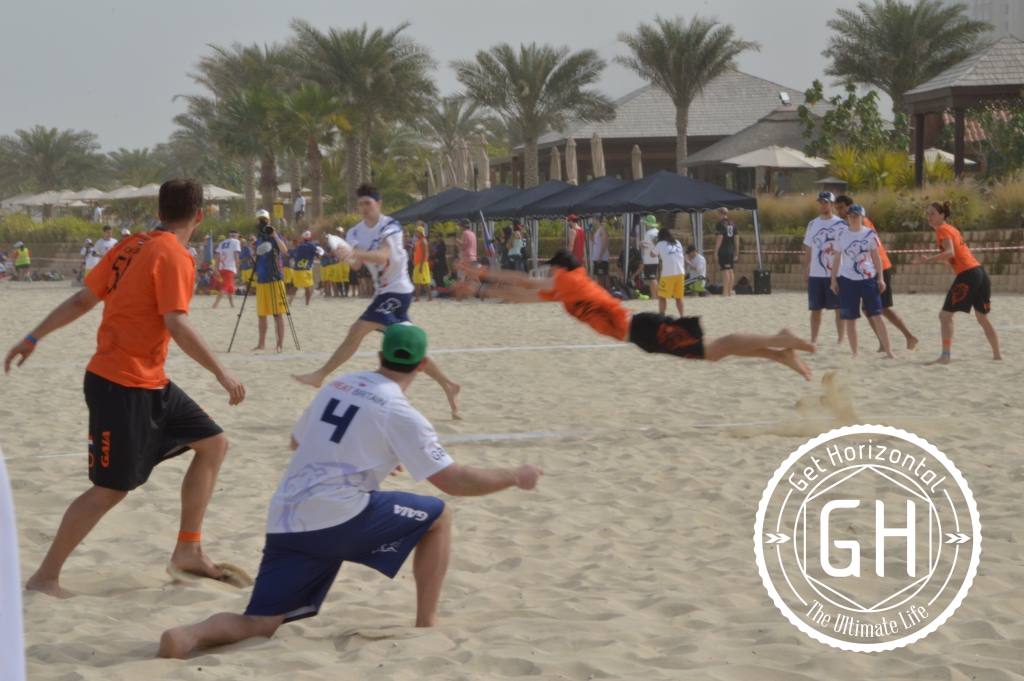 The continued pressure D from GB was really taking its toll on the Netherlands and forced them into two turn overs which were wonderfully converted to even out the breaks and a timeout had to be taken also. To close the half out Netherlands scored their O and broke: 7-6.

Straight out of half the Netherlands came out strong and took one more break and started too apply some man D pressure. The Clapham connections could be clearly seen when stuck in the endzone the resets from Paul “Voodoo” Waite and Fergus Weldon got GB unstuck and a well Waite-d huck to a fantastically timed cut from a deep woman for the goal.

Sadly, this hard work and determination didn’t pay off with the win (12-9 to NED). First game proved to be too far but has given this team a great working platform to take on the rest of the division, they look strong and should take great confidence from the performance. I know they can still do something awesome!

Disclaimer: this pieces is totally unbiased.

This Beach Tales is written by David “DP” Pryce for Get Horizontal. Photos courtesy of Claudia Pfeil.