After an terrific opening parade and ceremony the tournament kicked off with USA vs Germany in the women’s division.  The stands were packed full for this showcase game.  Most people favored Team USA as the game got started but the Germans came out confident and aggressive to start the game.  Check out the score report.

The USA started the game on offense and scored quite easily.  The Germans answered back with a quick point and followed that up with a break after an unforced error by the Americans.  However after this the Americans answered back with a break of their own to bring it back to serve.  After trading for a bit, it looked like both teams were much more evenly matched than most were anticipating.  However the USA managed to and take half 6-4. 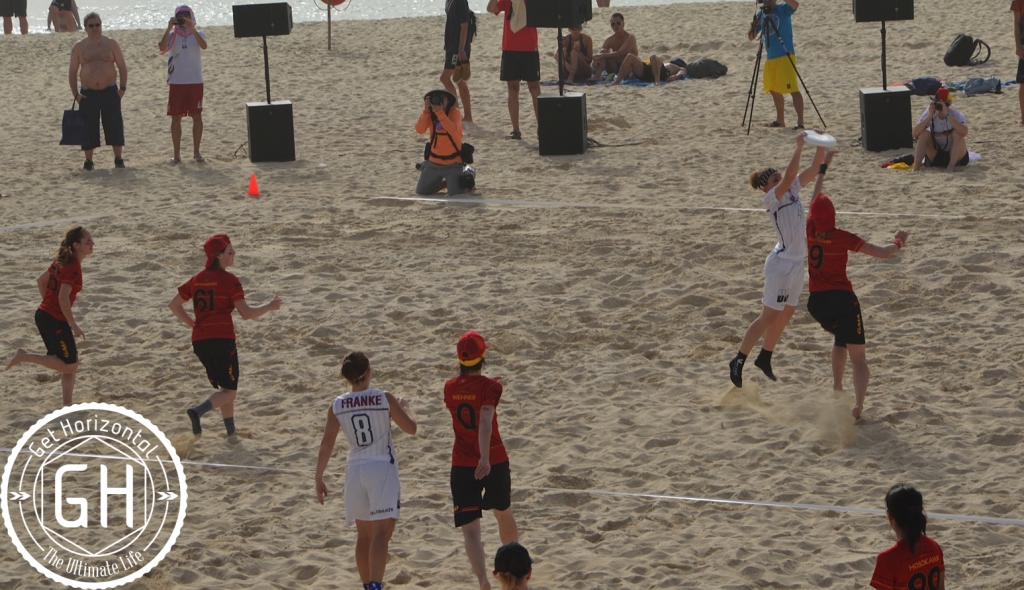 USA came out and achieved another break to start the half and go up 7-4.  It was looking like this was when USA was going to run away with the game but Germany still played confident and took an easy offense.  On the next point Kyoko Hosokawa made a huge block on a floaty disc that really impressed the fans, especially the Japanese who, for some reason, loved everything that Hosokawa was doing.  She immediately sprinted back to get in a cutting position and cut deep to receive a huck from Melanie Neunerdt with a spectacular layout. 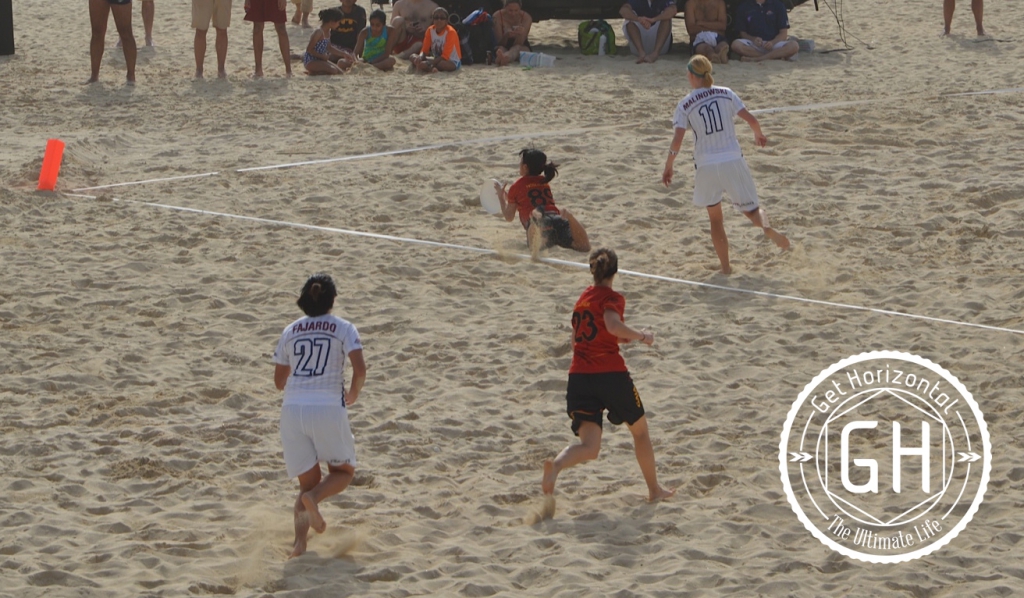 Hosakawa scores to get the bookends.

This would be the last falter for the American offense and they really turned on the presssure on defense and managed to get a few more breaks to take the game 12-8. 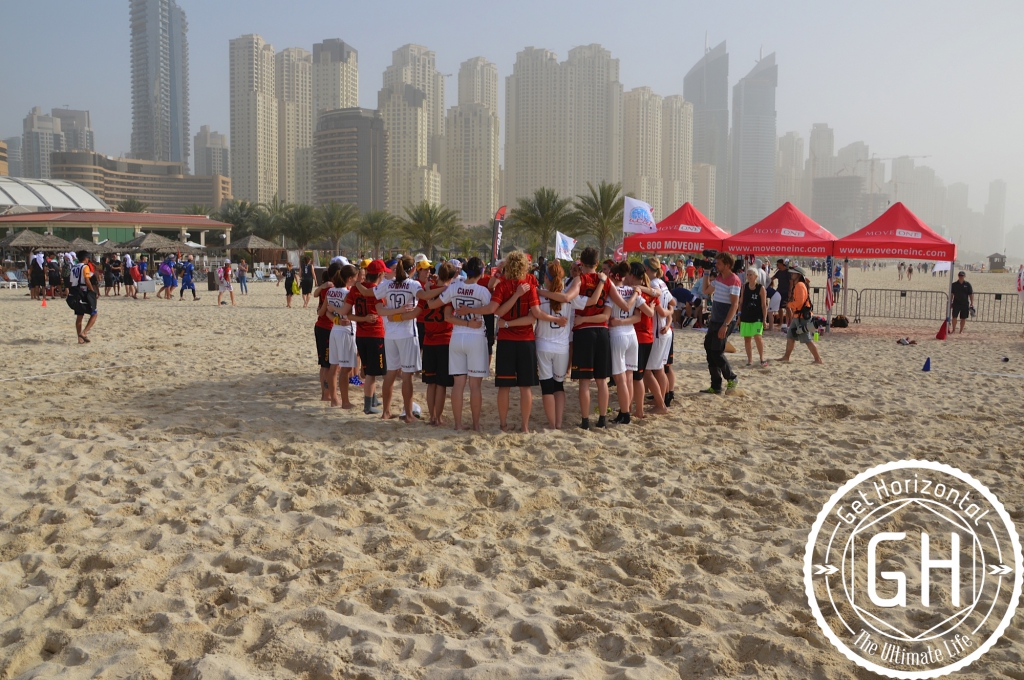 In terms of physicality and throwing skill both teams seemed evenly matched.  Both teams were able to generate turns with athletic defense and apply pressure enough pressure to get chances. What made the difference in this game was offensive consistency.  The Americans had a few miscues early on, but the Germans just had too many drops for a game at this level.  This seems to be really what separated the two teams and made the difference in the score.

Another interesting note is that the Americans did not chase their pulls with the intensity that would be expected.  I think this was a deliberate move for them not to burn out energy when it is not necessary.  They were confident enough that they could put this game without working super hard every point. This is a long tournament and they know that they need to keep their athletes healthy.  Will be interesting how other teams plan to execute energy management throughout the tournament.

Though the game ended at 12-8, the players decided to honor international women’s day by playing one extra point.  The commentator for the fields jokingly stated that the point had to be scored with a hammer.  The Germans turned this disc over and the Americans found themselves on the goal line.  The crowd chanted “Hammer, Hammer” and it seemed clear that there was no other way for this point to end Jessica Jones made a cut to the breakside and Kristen Franken put up the hammer and scored the honorary point.  All in all a very nice way to kick off WCBU.  Stay tuned for some more #BeachTales.

Beach Tale by Ravi Vasudevan from Get Horizontal.  Photos by Claudia Pfiel.